Home » What's On » Tim Vine: In The Best Possible Taste 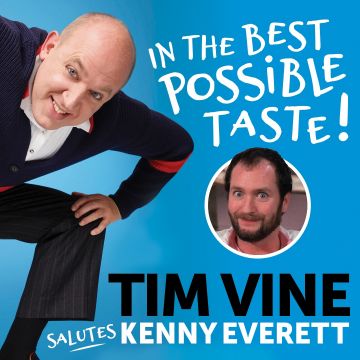 In The Best Possible Taste

Tim Vine adores Kenny Everett and wants to tell the world why!

Following his recent successful outing performing in homage to one of his great musicals favourites -Elvis Presley (in the guise of Plastic Elvis) Tim returns to Slapstick Festival to champion one of his great comedy heroes, Kenny Everett.

Renowned and revered DJ Kenny exploded onto the small screen in 1981 with his Kenny Everett Video Show (1981-88). The series was an instant hit utilising Kenny’s innovative jingles, multi-track recordings and ground breaking comedy sketches. Scripted by Barry Cryer and Ray Cameron the show had an intentionally anarchic and unpredictable live broadcast feel which all contributed to its popularity and legacy.